Graduate students who wish to conduct their master's thesis or dissertation in the IMPACT lab may use data from one of our completed/ongoing projects, or may develop a new project and collect their own data. See below for projects:

Carol is a fifth-year student in the clinical psychology doctoral program. She graduated from Yale University in 2014 with a BS in psychology. Following graduation, she worked for two years as a Research Technician at the VA Boston Healthcare System, assisting with research on military-related PTSD and moral injury. Carol is interested in risk and resilience factors across late adolescence and emerging adulthood. She is particularly interested in what factors make the transition into college more or less successful for emerging adults, and what universities can do to promote healthy adjustment during that critical transition and throughout college. Her Master's Thesis examined outcomes and mechanisms of a peer-led group-based intervention for college students living with mental health challenges. Her Dissertation uses mixed methods to explore the impact of peer supportive accountability on use of a mindfulness app in college students with elevated depression symptoms.

Brynn is a sixth-year student in the clinical psychology doctoral program. She graduated from Boston College in 2012 with a major in psychology with a concentration in clinical work. Following graduation, she worked for three years as a Research Coordinator at the Yale University Schizophrenia Neuropharmacology Research Group with a joint appointment at the V.A. Connecticut Healthcare System. Brynn is interested in the implementation and evaluation of prevention services for at-risk populations during periods of stress, such as the transition into emerging adulthood. Her Master's thesis examined the effects of social media use on the mental health of college students, and her dissertation is exploring patterns, predictors, and outcomes of adherence to a mindfulness app in a sample of college students reporting elevated depressive symptoms. Brynn is currently completing her pre-doctoral internship at Massachusetts General Hospital in Boston, MA.

I am currently a Junior at Loyola University Chicago majoring in Psychology and Criminal Justice/Criminology. This is my second semester in the IMPACT lab! I joined the lab due to my interest in improving mental health among college students and conducting research to better the world around me. I am especially interested in the SMiLe Project which explores how Headspace, a mindfulness application, can be used as an accessible tool for improving psychological well-being. When I am not working in the lab, I am interning for the Cook County State’s Attorney’s Office or volunteering as a sexual assault advocate for The Line at Loyola. In the future, I hope to attend law school and become a criminal attorney specifically working with sexual assault and domestic violence cases. 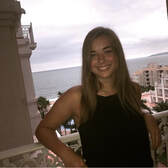 I am currently a Senior at Loyola University Chicago double majoring in Cognitive and Behavioral Neuroscience and Psychology and minoring in Bioethics. I am also enrolled in the university’s interdisciplinary honors program. I have previously conducted clinical research on postoperative delirium in my hometown of St. Louis at Washington University, and this is my second semester working in this lab. I feel incredibly lucky to be able to work with such a fantastic team. During my time here, I hope to become more educated on psychological research in general as well as college students mental health specifically. I believe the skills I will learn and practice here will better prepare me for my future career as a physician.
Shanna Anssari
(she/her/hers)

I am currently a Senior at Loyola University Chicago majoring in Psychology. This is my second year in the lab and I joined because of my interest in bringing awareness to mental health concerns, especially in college students who are reluctant to seek help due to the negative stigma. I am excited to participate in improving the mental health of individuals as well as learn how psychological research is done. In the future I plan to attend medical school and pursue a career in Psychiatry.
Maria Bandriwsky
(she/her/hers) 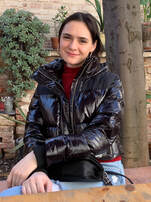 I am currently a Senior at Loyola University Chicago majoring in Psychology and minoring in Biology. This is my second year in the lab, and I joined because of my interests surrounding mental health, specifically that of college students. While this period of our lives is very exciting, it can also be very stressful, and I think that it is important to address those stresses when they become too difficult to handle on our own. During my time at the IMPACT lab, I hope to become more educated on the resources available to students who battle with mental illness, and to assist Dr. Conley and her graduate students on finding effective ways to cope with these feelings. In the future, I plan to attend medical school in hopes of perusing a career in Psychiatry.

I am currently a Senior at Loyola University Chicago majoring in Psychology and minoring in Bioethics. This is my sixth semester in the lab and I joined because I want to learn how psychological research is done, observe first hand the patterns it can reveal, and the effects it can have. I was particularly interested in the IMPACT lab due to the diverse studies being done involving mental health stigma, Neuroscience, coping mechanics, and college student adjustment. I know my experience in the lab will provide me with the skills for my future research endeavors in Psychology and prepare me for my career in medical school and Psychiatry. ​